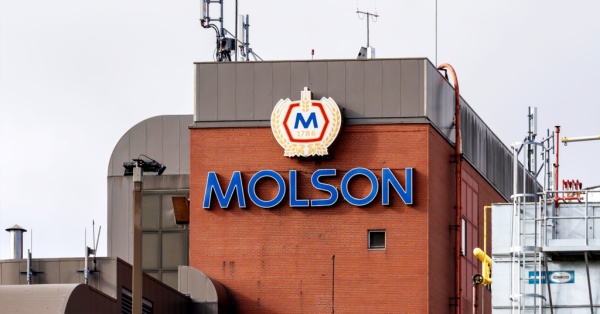 Molson Coors indicated it would lockout workers if they rejected their “final offer,” which included pension and scheduling changes, a letter obtained by PressProgress shows.

On February 20, Molson Coors locked out 300 workers after they voted to reject the company’s “final offer.” That offer would transfer most employees to a defined contribution pension from a defined benefit pension plan.

Management’s proposal would also open the door to the possibility of 12-hour weekend shifts without overtime pay.

“The continental shift that the company is pushing for is extremely detrimental to work/life balance for members,” Montero explained.

The union says the company circulated an internal “FAQ” letter to workers ahead of a vote on the company’s “final offer” warning them it had plans to “remain open” even in the case of a strike or lockout.

“Molson Coors has now provided its best and final offer: a contract that secures brewery jobs in Toronto and ensures our brewery is one of the most competitive in the network … A strike would result in your pay and benefits being stopped until the work stoppage ends. The brewery, however, will remain open. The company has made alternate arrangements to ensure products get to our customers.”

Likewise, in the case of a lockout, the letter adds:

“A lockout is a work stoppage initiated by the employer, which denies employment to its workers in order to resolve a labor dispute. Similar to a strike, a lockout results in your pay and benefits terminate until the work stoppage ends. The brewery, however, will remain open. The company has made alternate arrangements to ensure products get to our customers.”

“The overall tone of the letter was threatening and discouraging to read by our members and their families,” Montero said. “This was sent to our members homes to install fear and intimidation which is a draconian way of negotiating,”

“These are the same members who were deemed essential by the government of Ontario from the start of the pandemic and had been risking their health and those of their loved ones to keep the supply chain full.”

Asked by the Toronto Star, when the lockout started, if the company planned to use scab labour — as it did during a 2017 strike — the company did not respond. But job postings for replacement workers at Molson Coors’ Toronto brewery remain active on its “careers” page.

“Our understanding that untrained and unqualified management is doing our work raises serious concerns about product safety and quality,” Montero said. “The union is also concerned about the safety of those individuals who are put in unsafe conditions in order to continue operations.”

“We are offering our Toronto employees a competitive wage, annual pay increases and a more valuable retirement benefit for most employees in the next contract. The purpose of our letter to employees was to provide factual information and to reiterate our commitment to reaching a fair agreement with Local 325 as soon as their bargaining team is ready to do so. While the duration of the legal work stoppage is unknown, the Toronto brewery remains open and we have implemented a contingency plan that allows us to continue to brew, package and ship beer at our Toronto facility to meet consumer demand in Ontario.”